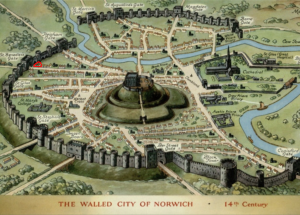 The image above shows the site (red) located against the historic St Benedicts Gateway into the city. 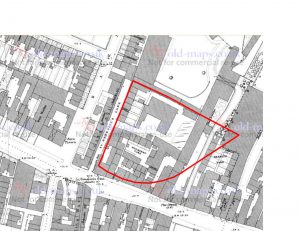 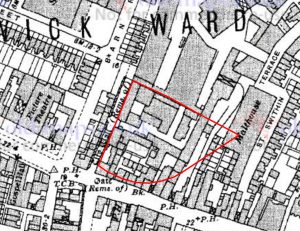 The plans above show the medieval city had evolved with a specific urban grain relating to typologies of the time. The St Benedicts Gate and City Wall had been integrated to a development as the city evolved.

The images below show the remains of the wall and gateway, consumed by development. 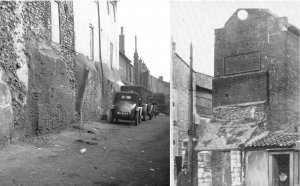 The maps at the bottom show the period following the destruction of the war to the present period. Nothing was built on the site and it remained an open space used for car parking. 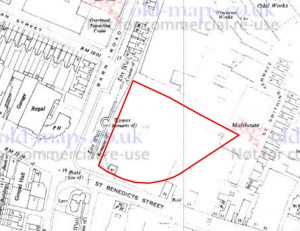 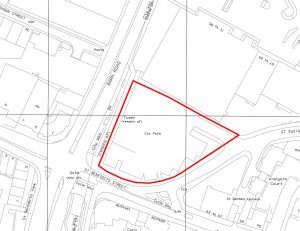 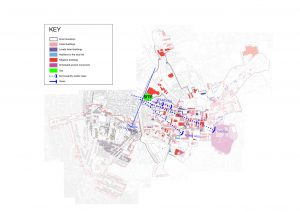